A big cat zipped through the plains chasing an antelope. This cat was built for speed. It had a small head and long legs for making great strides. Exhausted from the chase, the cat sought out the shade of a cave. Unfortunately the cave was a trap. It had very steep sides and the cat could not climb out of it.

Fast forward 18,000 years later and scientists looking for fossils in the cave found the bones of the cat. The scientists were surprised to discover this cat with a small face and long limbs. Based on its body shape this cat was clearly some kind of cheetah, right? Why the surprise?

The scientists were surprised because this cat was found in Wyoming. Cheetahs were only known from Africa and Asia. Could this new cat really be a new kind of North American cheetah?

The new cat fossil was found with other species that were also specialized for running, or cursorial. The other cursorial species included horses, bighorn sheep, and pronghorn antelope that had long legs designed for fast running. Was it possible that the mystery cat only looked like a cheetah because it also chased fast prey through open plains at high speeds?

Scientists gave the cat the scientific name Miracinonyx. Some scientists argued that the cat was a relative of the puma (the North American cat also known as mountain lion and cougar) that was adapted for the same lifestyle of the cheetahs. Other scientists disagreed and argued that the new cat really was a new kind of cheetah. They argued that cheetahs were from North America and then moved to Asia and Africa.

Dr. Ross Barnett is a geneticist who uses DNA to study how different animals are related to each other. DNA (dioxyribo nucleic acid) is the blueprint of an organism. Dr. Barnett and a team of other geneticists set out to compare the DNA of Miracinonyx with DNA from cheetahs and pumas. This comparison would help determine if Miracinonyx was actually a cheetah or a puma relative that was adapted to the same running lifestyle of the cheetah.

The first step was getting DNA out of the Miracinonyx bones from the cave in Wyoming. Dr. Barnett explains: “We ground up a tiny piece of the bone into powder. We then used various chemicals to separate the DNA and concentrate it down. DNA is made up of units called nucleotides”. These nucleotides are arranged in a long chain like letters in a very long word called a DNA sequence. Dr. Barnett used a machine called a genetic sequencer to read a small piece of the DNA sequence from Miracinonyx.

Because cheetahs were not found to be the sister species of Miracinonyx it seems that true cheetahs did not live in North America. “Miracinonyx had probably evolved in North America from a puma-like ancestor and all the characters that made it look like a cheetah were a result of adaptations to a similar lifestyle, a lifestyle of fast running. I was surprised as other scientists had said that the skeleton of Miracinonyx looked so much like a cheetah that it was impossible for it to be a close relative of the puma” says Dr. Barnett.

There may not have been actual cheetahs in North America, but it is still amazing to think that there were once large cats with the same appearance and lifestyle as cheetahs roaming the plains of Wyoming.

*This story first appeared on kidsnews.mongabay.com 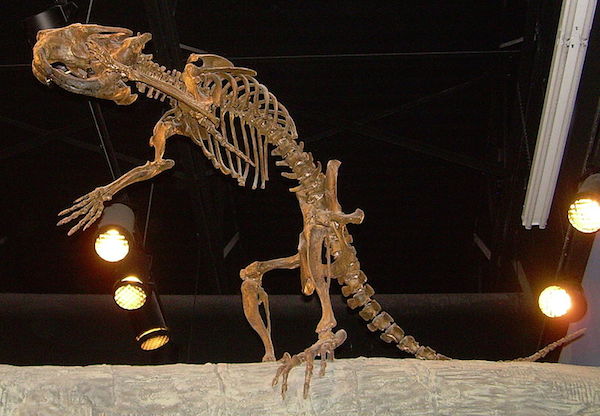