Peru is a country in South America. It contains part of the Amazon rainforest:

Sometimes loggers will cut down forests illegally and kill adult monkeys for food.  If a baby monkey is with an adult, it might become an illegal pet. The person keeping the monkey as a pet soon finds out why monkeys make horrible pets – they make huge messes, they require constant care, and they have very sharp teeth. 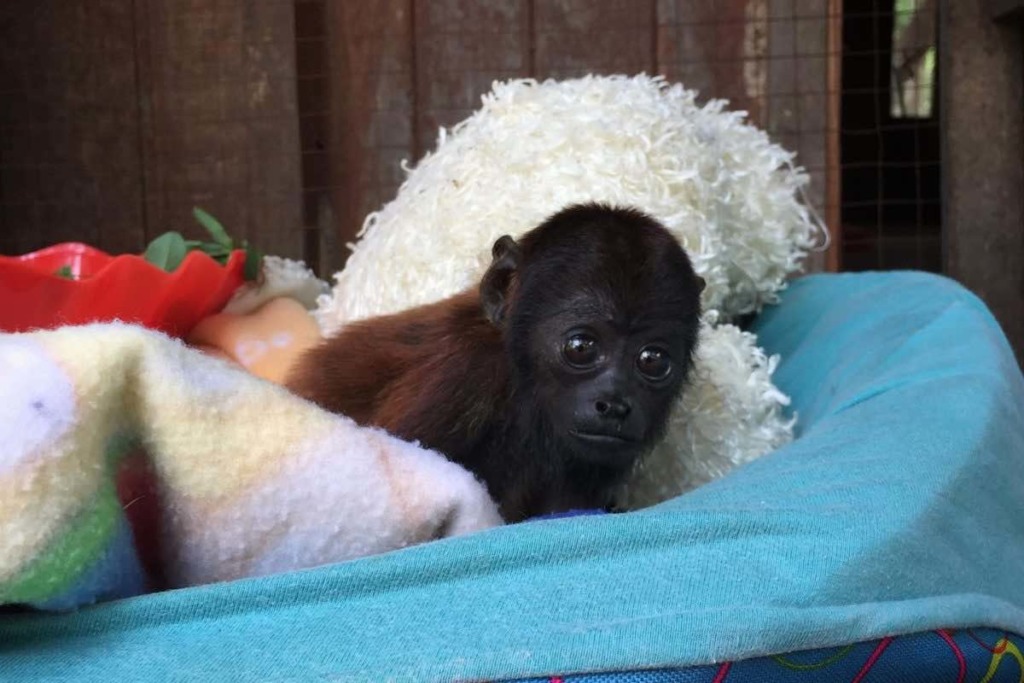 A baby howler monkey under the care of Amazon Shelter. Photo by Nick Werber. Magali with a rescue. Photo by Nick Werber. Magali specializes in rehabilitating howler monkeys.  Howler monkeys get that name from their piercing cries that boom through the forest for miles.

Howler monkeys live in troops in the wild. When Magali and her team have a troop of rescued howler monkeys that are healthy enough to return to the wild, they look for a healthy patch of forest where there are no other howler monkeys around to compete with them.

When the monkeys are released, they are monitored (checked on) for at least a week. This way, Magali and her team can make sure the monkeys are able to find food and survive adequately on their own in the wild.

This Friday is Endangered Species Day

Working with people is key to conserving African wildlife