Did you know that some types of giraffes are at risk of extinction in the wild?

Until the 21st century, people assumed that giraffes were doing fine in the wild and did not worry too much about their conservation. We now know that giraffes and their habitat face the same conservation challenges as many other species of African megafauna (big animals).

Giraffes are disappearing from some parts of Africa because their habitat is being converted to cities, roads, and farms. This process is called habitat loss. It is a challenge for nature conservation everywhere. Giraffes also face other threats such as poaching (illegal hunting).

The good news is that we now have a better understanding of the conservation challenges that giraffes face and we can come up with solutions to meet these challenges.

How many types of giraffes are there?

For many years scientists thought that there was only one species of giraffe in Africa (scientific name: Giraffa camelopardalis). Giraffes historically lived all around Africa – in the west, north, east, and southern parts of the continent.

Did you know that giraffes that live in different regions have spot patterns that are different from each other? Scientists used these spot markings and also differences in horn and skull shape to break giraffes into nine separate subspecies.

Historically, people did not pay much attention to the conservation status of any particular giraffe subspecies. They figured that there was really only one giraffe species, and that there were plenty of them in Africa.

However, in the 21st century scientists explored the genetic differences between the nine different giraffe subspecies and they found a surprise! They found that there is not one giraffe species like people first believed.

Several of the giraffe populations defined as distinct subspecies are actually very different from each other! In fact they are so different that scientists think that they may be distinct species of giraffes.

Mongabay Kids Coeditor David Brown talks about how many types of giraffes there are
on the awesome Solve It! for kids podcast!

How are giraffes doing in the wild?

In recent years, conservation scientists have been assessing how many giraffes there are in the wild. To their surprise they are finding that there are far fewer giraffes than they had thought there were.

There are probably around 400,000–500,000 elephants in Africa, but fewer than 100,000 giraffes. The number of giraffes left in the wild is roughly equal to the population size of a medium-sized city in the USA, such as Ann Arbor, MI, Cedar Rapids, IA, or Springfield, IL.

One of the most important things we can do for giraffes is to pay attention to how they are doing in the wild.

If we pay attention to them, then we will notice if there are conservation problems.

Once we notice the conservation problems, we can work together to help solve them.

Visit our home for all things giraffe! 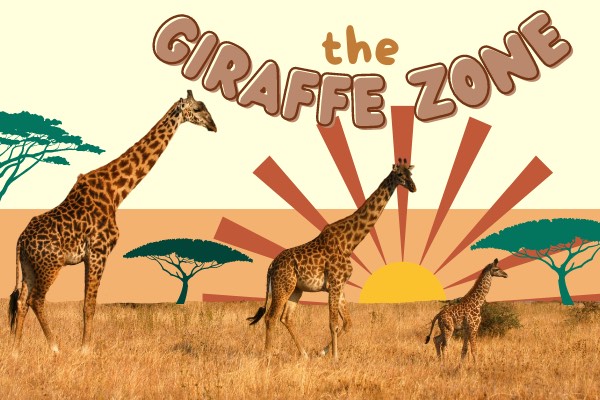 A message from the

This post was written as part of the 2021 celebration of World Giraffe Week, brought to you in partnership with the Anne Innis Dagg Foundation and the Wild Nature Institute.

*Mongabay Kids is not responsible for content published on external websites.

Tenrec Time: the otter that is notter

What large ears you have: interview with the large-eared tenrec