The Southern Ocean, also called the Antarctic Ocean, is the waters around the continent of Antarctica. Scientists are interested in observing and better understanding the Southern Ocean. They are curious about the creatures that live there, how sea ice forms, and what the Southern Ocean can tell us about our changing climate.

To carry out this important research, scientists have enlisted the help of elephant seals.

Elephant seals live in the Southern Ocean. They can swim to a depth of 2,000 meters (6,600 feet) below the sea ice, to places that are hard for scientists to reach. While hunting and being themselves, seals can help collect the information we need to monitor the Southern Ocean and our climate.

How do the seals help?

Scientists attach little boxes with antennae to patches of hair on the head of some seals. These little devices can collect all kinds of interesting information (also called data). For example, the boxes record water temperature and oxygen levels. The data from each box is transmitted back to scientists via satellites. How cool is that?!

What have we learned?

So far, the devices have helped scientists like Clive McMahon from the Sydney Institute of Marine Science learn more about the elephant seals themselves, such as where they go and what they eat.

The scientists are also learning more about how the sea ice forms and other facts about the Southern Ocean. This information is critical to understanding our changing climate. The seals are playing an important part of this ongoing science project.

For more information on this story and the work of the researchers involved, visit Mongabay.com: 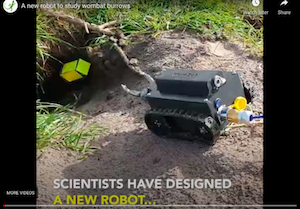